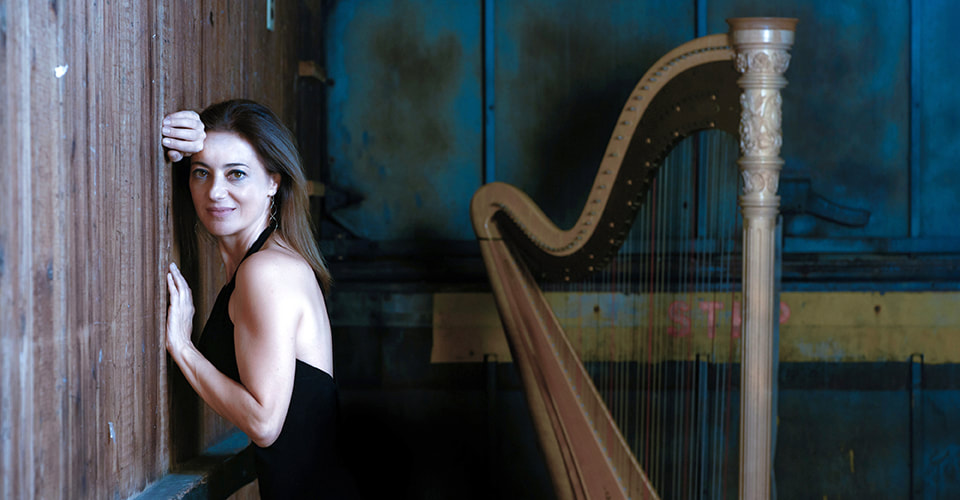 Photo Billy Elkins
Principal harpist of the Sarasota Opera since 2002, Italian born Giuseppina Ciarla is a classical musician and groundbreaking cross over performer combining her artistry of voice and harp in an eclectic mélange ranging from jazz to sophisticated pop.

Ms. Ciarla's debut solo album A Ticket Home,  showcasing her original songs and arrangements for harp and voice, was recorded during the 2020 pandemic and was released on September 3, 2021.
​
In June 2021 Ms. Ciarla has been selected as a finalists in the international Piazzolla Music Competition with her arrangements of Oblivion and Libertango for solo harp featured in A Ticket Home.

A harpist, singer, arranger, composer, and educator Ms. Ciarla is committed to create music dense with expression and meaning which makes her versatile in orchestra, chamber music, and as a dazzling and charming  solo artist.  Since 2002 principal harpist with the Sarasota Opera, Ms. Ciarla has performed with world class conductors such as Lorin Maazel, Yannick Nézet-Séguin, Daniel Oren, Victor DeRenzi, John Neschling, Stefan Anton Reck, Roberto Abbado, Brmwell Tovey, Boris Brott, and Larry Rachleff, among others.

​During the 2020 pandemic Ms. Ciarla has has collaborated with Violipiano Arts in live stream and video projects for the Italian Institutes of Culture in Istanbul, Beirut, and Buenos Aires, and performed for Culture Saves in Washington, DC. 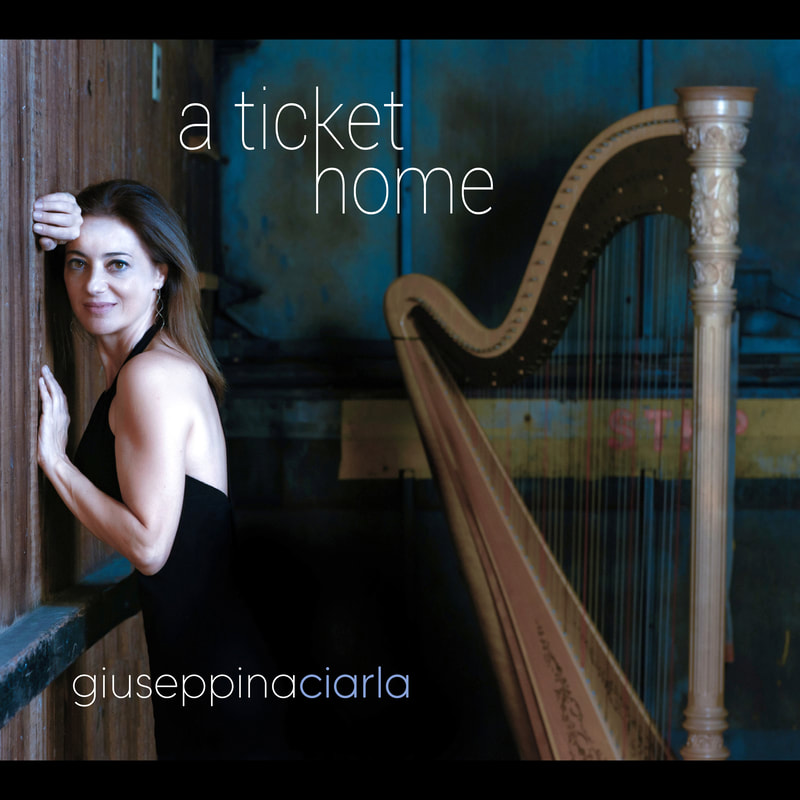 The debut album by harpist and singer Giuseppina Ciarla, available on all digital platforms and on CD format on September 3rd, 2021

The new album A Ticket Home, by the singer and harpist Giuseppina Ciarla, will be available on all digital platforms and on CD format beginning Friday, September 3rd, 2021. The album, which is completely self-produced, contains 11 songs, including  purely instrumental versions of Oblivion and Libertango (Astor Piazzolla), as well adaptations for voice and harp of Qué Sera, Sera (Ray Evans-Jay Livingston), In Cerca di Te (Gian Carlo Testoni-Eros Sciorilli), Maria Marì! (Eduardo Di Capua-Vincenzo Russo), Nature Boy (Eden Ahbez), Bella Ciao (traditional Italian folk song), The Ballad of Sacco and Vanzetti (Joan Baez-Ennio Morricone), and Billie Jean (Michael Jackson). In addition to these popular classics arranged by Giuseppina Ciarla, the album includes, also, two original songs composed by her,    Preghiera (Prayer) and L’Invasione di Farfalle (Butterfly Invasion).
The extraordinary combination of voice and harp, brilliantly conceived by Giuseppina Ciarla, makes this a fascinating collection, rendered all the more exquisite by Ciarla’s refined arrangements, which are full of interesting melodic variations, harmonic filigree, and appealing jazz inflections. The delicacy and emotional openness of Ciarla’s vocal timbre imbues her multifaceted performance with a deep soulfulness, as she pours out her innermost feelings with touching candor.
“I created this repertory note by note, dipping freely from a creative source deep within myself,” says Ciarla. “This is not a typical road for a classically trained musician. But it is a need I have cultivated all my life, as one might care for an indoor plant, lovingly, protecting it from the elements and from the eyes of others. But the plant has grown and grown, and the time has come to bring it out into the open air, to share it with others. A Ticket Home is the ideal abode, the perfect refuge, a place to feel free and creative. For some of us, it represents a constant search, for others it is a comforting certainty. This album will transport you to your favorite home, filled with emotions, memories, love, and hope.”
Download A Ticket Home album cover down below.

Born in Bari, the capital of Apulia, in southern Italy, Giuseppina Ciarla is a classically trained musician. However, curiosity has driven to explore other genres, from jazz, to world music, to folk and pop. Spurred by her passion for music, she revisits familiar songs, taking them apart and imbuing them with new life and expressive potential. Moved by compositional inspiration, she also writes original music that touches the heart.
As first harpist of the Sarasota Opera orchestra in Sarasota, Florida, since 2002, she is the recipient of the 2017 Gunther & Ilse Kern Grant for Outstanding Opera Artist. Over the course of her brilliant and well-rounded career, Ciarla has collaborated with many illustrious orchestra conductors, including Lorin Maazel, Yannick Nézet-Séguin, Victor DeRenzi, Daniel Oren, John Neschling, Stefan Anton Reck, Roberto Abbado, and Larry Rachleff, among others. She has also worked with such important artists as Terry Riley, Nanni Moretti, Antony Hegarty, Daniel Binelli, Anthony Braxton, Carol Wincenc, Tara Helen O'Connor, Benny Kim, Eddie Daniels, and Marc Neikrug. During her tenure as first harpist at the Teatro Petruzzelli in Bari, she played for the Bolshoi Ballet. She has also played on the stages of Lincoln Center in New York, as well as at the Italian Embassy in Washington, DC.
Even over the course of the pandemic, Ciarla has continued to perform, online, for the Culture Saves program (based in Washington, DC), as well as for the Italian Cultural Institutes in Lebanon, Greece, Argentina, and Turkey. The latter performances were produced by Violipiano Music. Before undertaking her self-produced solo album A Ticket Home, she recorded under the labels Bongiovanni and Koch.
In June 2021 Ms. Ciarla has been selected as a finalists in the international Piazzolla Music Competition with her arrangements of Oblivion and Libertango for solo harp featured in A Ticket Home.
In addition to performing, Ciarla is a passionate teacher who works with students of all ages in her harp studio in Sarasota. She is certified by the  Suzuki Association of the Americas.

Listen to A Ticket Home 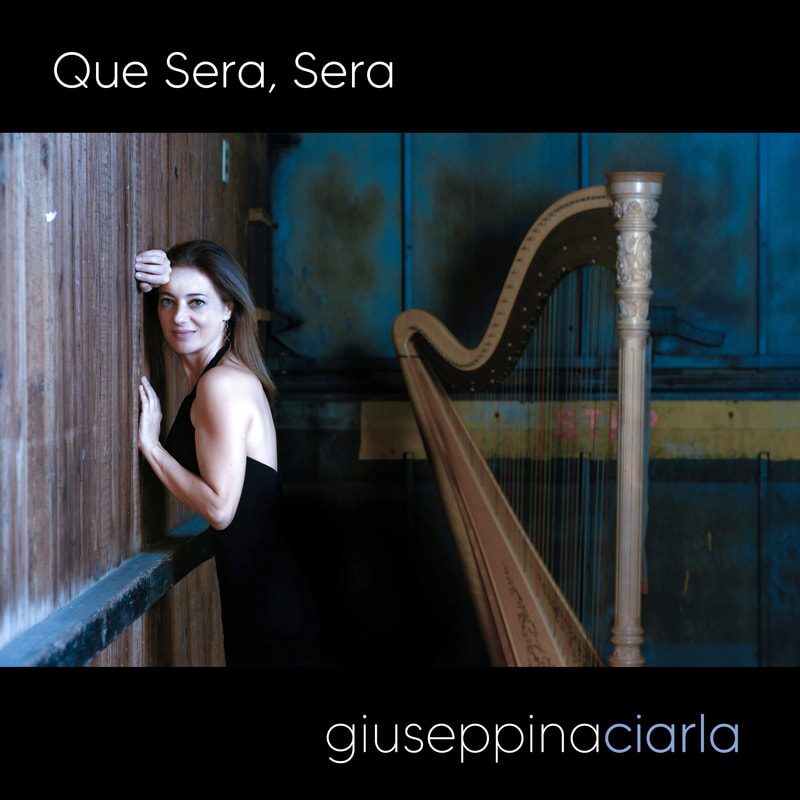 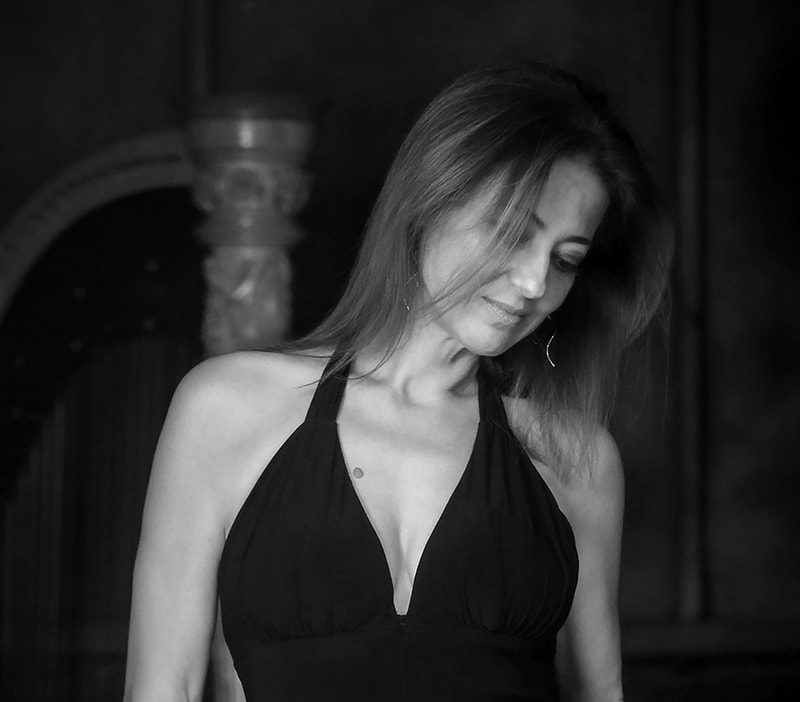 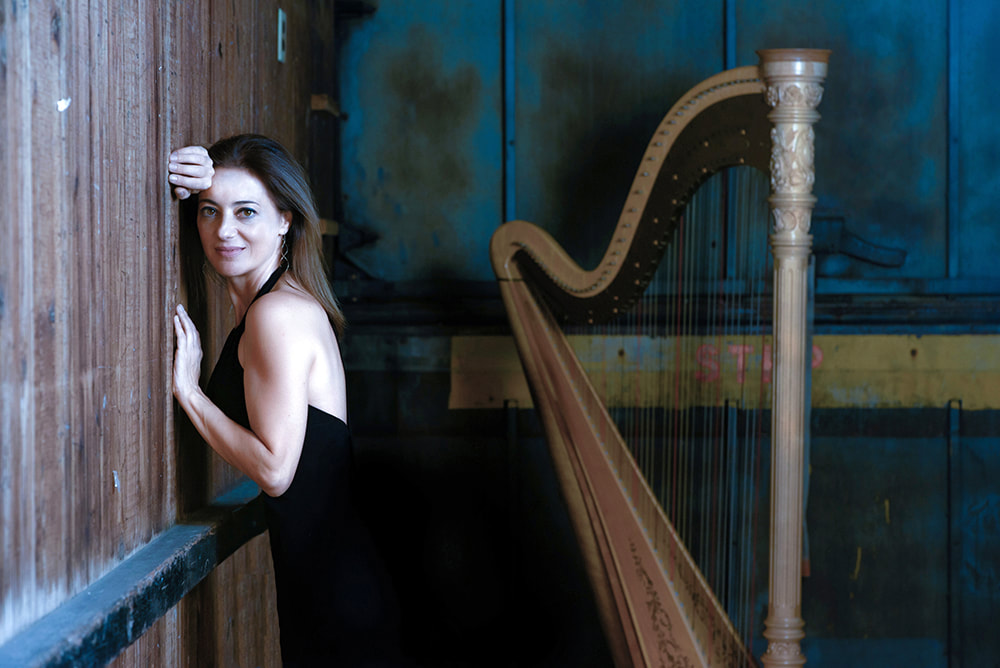 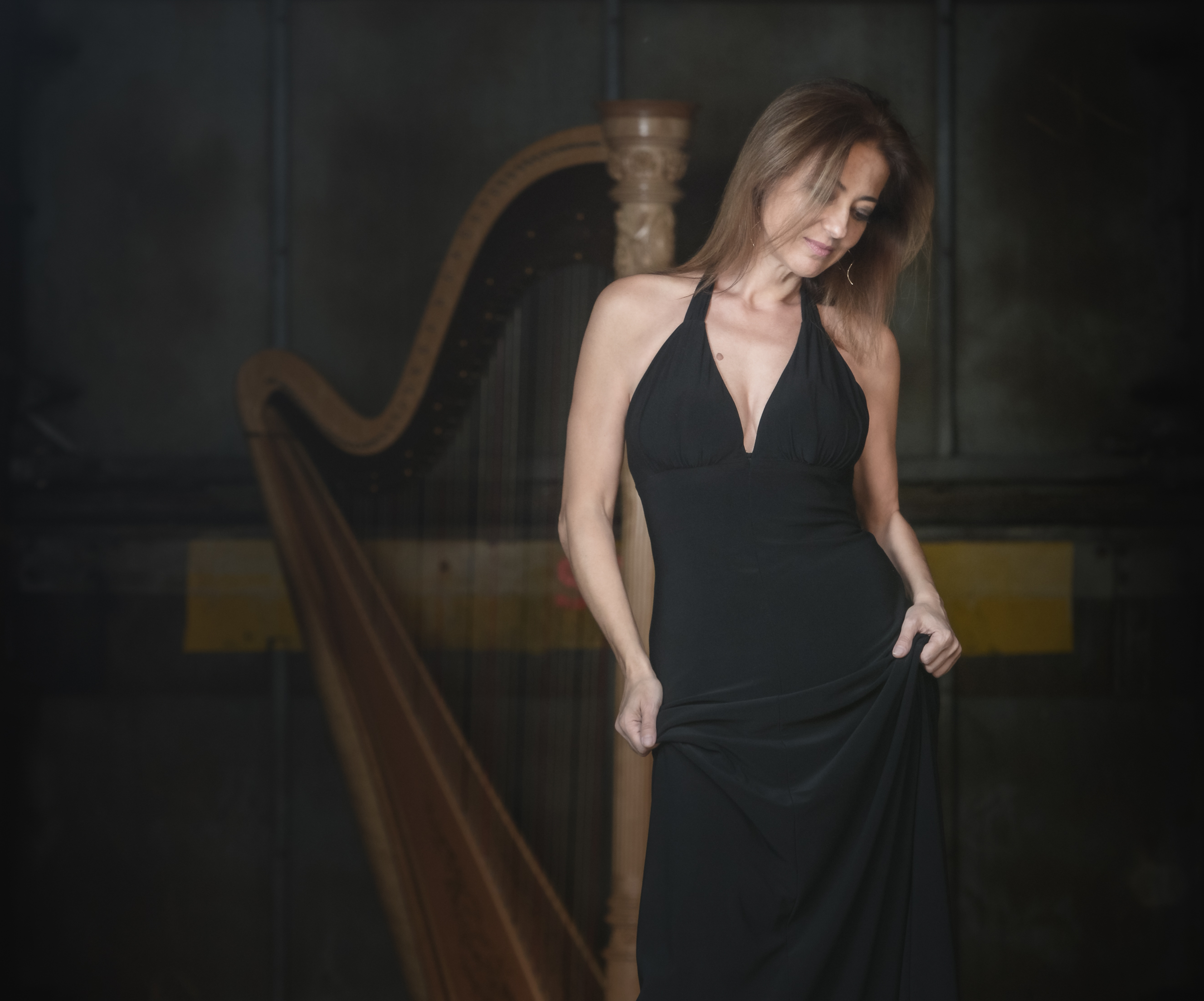 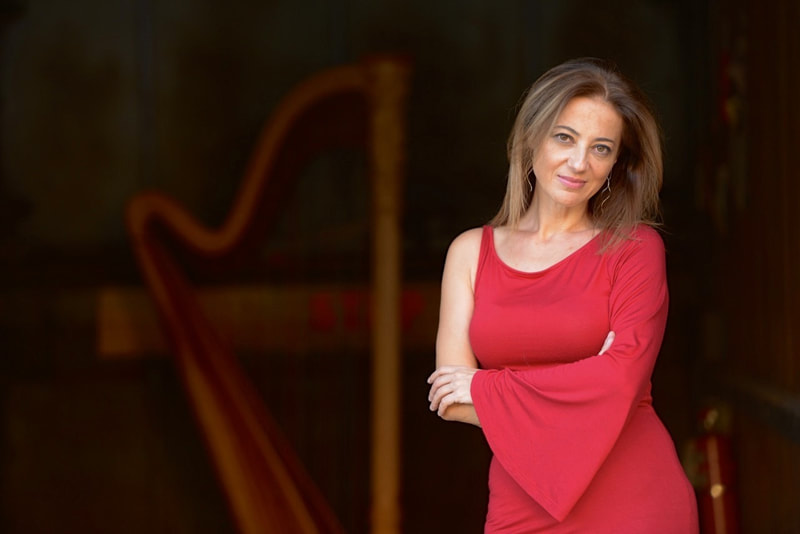 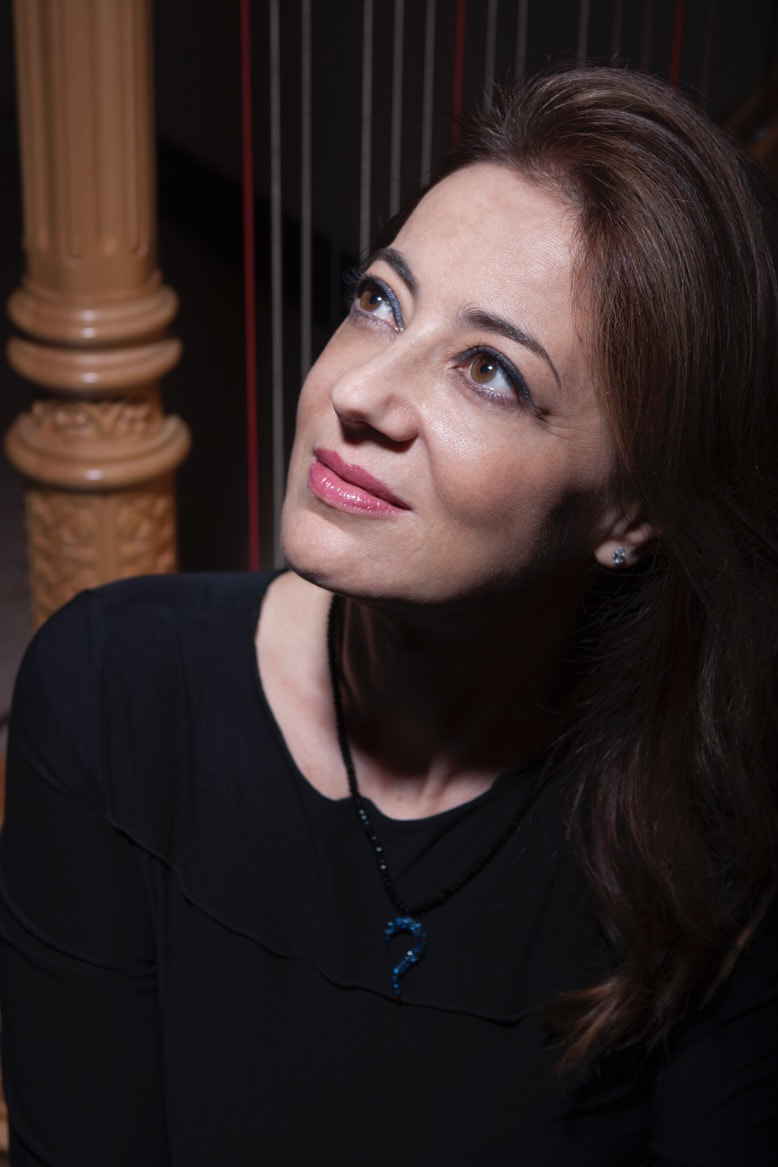 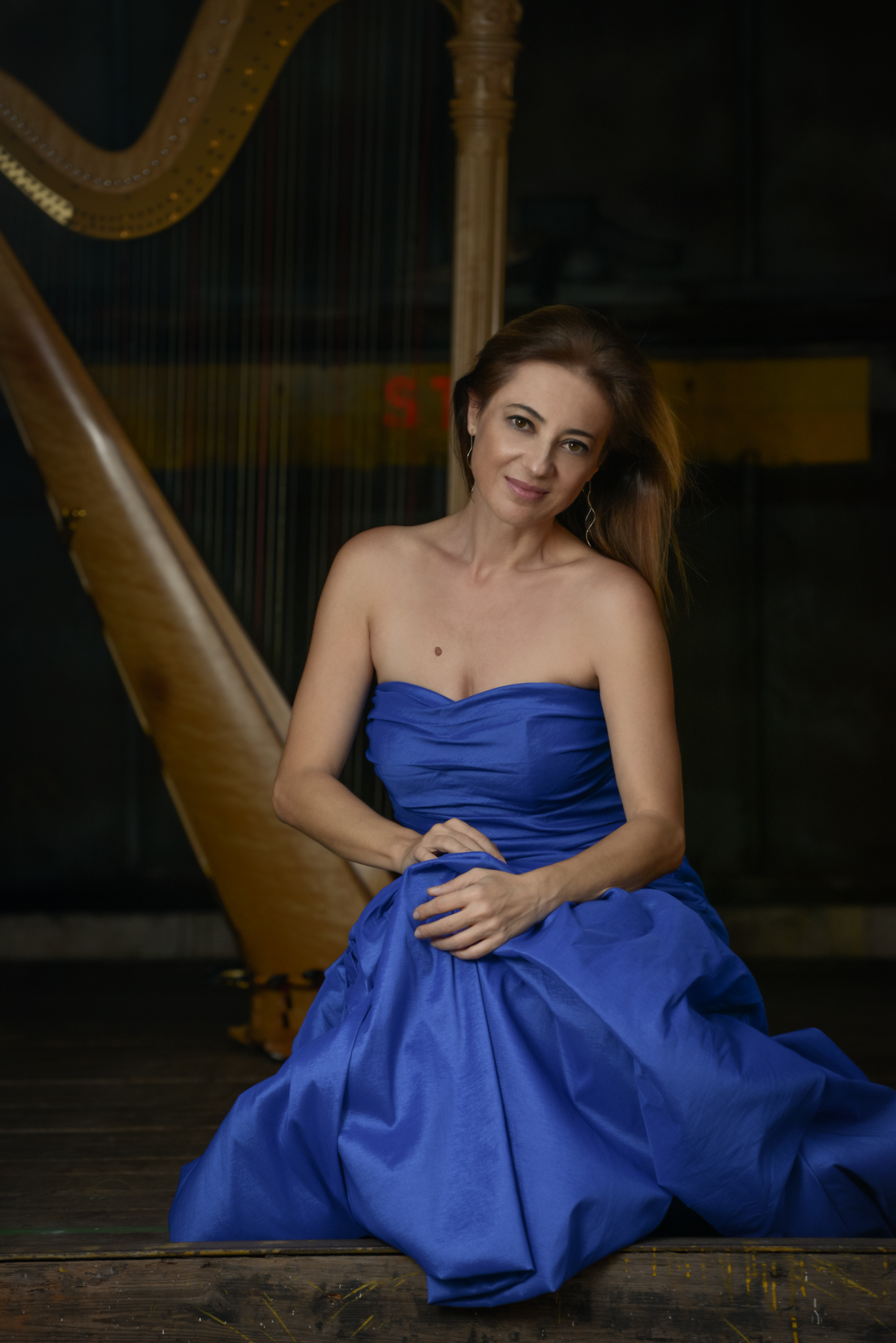